Mansha Pasha opens up about her divorce

Mansha doesn’t really hesitate to talk her heart out and point out what’s wrong. The actress is quite active on social media and very vocal about the causes she believes in.

It is common knowledge that Mansha Pasha had been married to businessmen Asad Farooqui in 2013 but the duo split up in 2018 and got divorced.

Mansha’s divorce was a hushed affair and the actress chose to keep mum about it, until now.

In a recent live session, however, Mansha opened up about her divorce and her current relationship with fiancé Jibran Nasir.

Mansha talked about how she had become more open about her private life now but still she remained conscious when issues involved the presence of other individuals.

Mansha also shared how it had taken her a very long time to terms with what had happened and understand it.

Mansha had remained quiet about her divorce on her social media but had her friends and colleagues knew about it, adding that she believed it was her personal choice regarding where to draw the line between ‘public and private’ and the information she wanted to share. 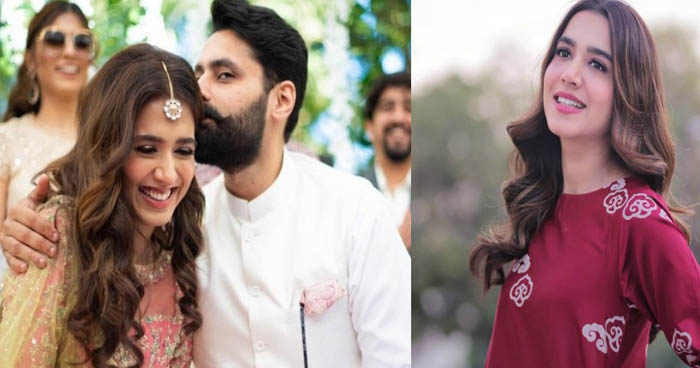 Mansha Pasha also talked about her fiancé Jibran Nasir sharing the best of his qualities with her fans, live.

Talking about Jibran’s good qualities, the Laal Kabootar actress added that the best thing about Jibran was his kindness and how he never held onto a grudge.

Mansha also added that Jibran had a great sense of humour, and that she has picked up a lot of Jibran’s good qualities. He brought out the best in her confided the actress proudly.

In a fun chat Mansha also opened up about her crushes stating that Benedict Cumberbatch and Trevor Noah topped the list.

Syra Yousuf Surprised Everyone About Her Divorce