Pakistani singer and actress Meesha Shafi has alleged Ali Zafar sexually harassed her on more than one occasion.

The singer took to Twitter to speak up about her experience stating “my conscience does not allow me to be silent anymore.” “Sharing this because I believe that by speaking out about my own experience of sexual harassment, I will break the culture of silence that permeates through our society. It is not easy to speak out. But it is harder to stay silent. My conscience will not allow it anymore #MeToo,” Shafi tweeted.

A post shared by Fashion Central Official (@fashioncentral.official) on Apr 19, 2018 at 5:04am PDT

In her statement posted on Twitter, the singer-cum-actor wrote, "As a woman, a public figure and a mother, I have always felt strongly about using my voice to encourage and support our youth who look up to me especially girls, who dream of carving their own path in Pakistan." Shafi continued, "Despite having a voice, there are some issues that are very difficult to speak about as a woman, especially sexual harassment."

“If this can happen to someone like me, an established artist, then it can happen to any young woman hoping to break into the industry and that concerns me gravely.” She added, “I have been subjected, on more than one occasion, to sexual harassment of a physical nature at the hands of a colleague from my industry: Ali Zafar. These incidences did not happen when I was young, or just entering the industry. This happened to me despite the fact that I am an empowered, accomplished woman who is known for speaking her mind! This happened to me as a mother of two children.” 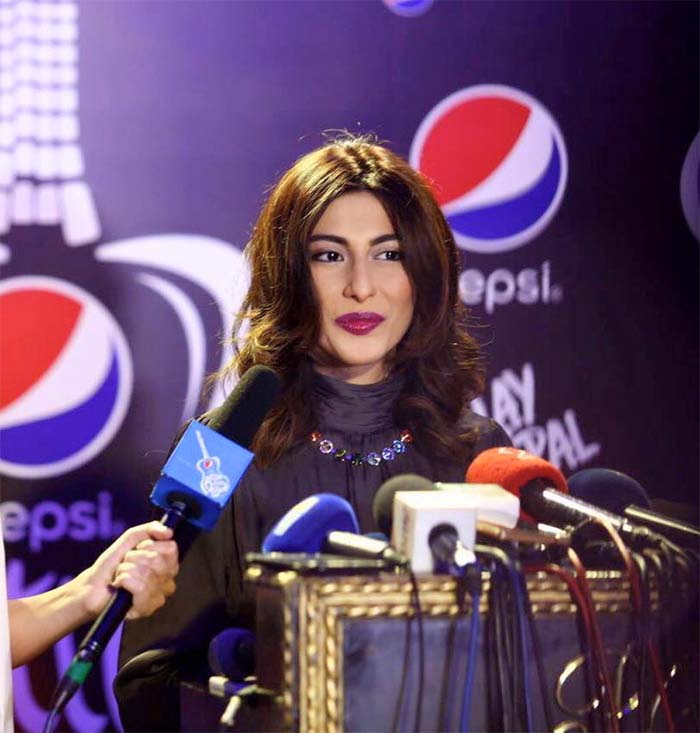 Shafi who has featured prominently in Coke Studio further said, “ It has been an extremely traumatic experience for me and my family. Ali is someone I have known for many years and someone who I have shared the stage with. I feel betrayed by his behaviour and his attitude and I know that I am not alone.” "Today I am breaking this culture of silence and I hope that by doing that I am setting an example for young women in my country to do the same. We only have our voices and the time has come to use them."

Sharing this because I believe that by speaking out about my own experience of sexual harassment, I will break the culture of silence that permeates through our society. It is not easy to speak out.. but it is harder to stay silent. My conscience will not allow it anymore #MeToo pic.twitter.com/iwex7e1NLZ

Ali Zafar is one of the most well-known singers in Pakistan and has starred in Bollywood film Tere Bin Laden.  Zafar could not be reached for comments despite repeated attempts to contact him. The past year has been pivotal for women’s rights after accusations of sexual misconduct by Hollywood mogul Harvey Weinstein sparked the #MeToo campaign, with women taking to social media and the streets to highlight experiences of abuse. One in three women globally has experienced physical or sexual violence, mostly by someone they know, UN Women says.