Is It Really So Bad to Bribe (or Punish) Your Kids with Food?

When Spanish actress Hilaria Baldwin recently shared that she withheld dessert from her 4-year-old son, Rafa, she was understandably conflicted about her chosen method of discipline. “Rafa wasn’t listening to me today about a few things. It got so bad that I ended up taking away dessert tonight,” she wrote. “Something I thought I would never do…but it truly was the only way I could think of to get his attention.” She bravely went on to acknowledge her own past eating disorder and how complicated our relationship with food can get. “For those of you who, like me, get nervous about using food as reward/punishment…I do believe that teaching [kids] to have a healthy relationship with food when they are upset is the most important thing.”

We get it—and we’ve been there. Who among us hasn’t chased a preschooler around a playground scream-whispering about ice cream? In fact, using rewards/bribes/incentives as well as threats/punishments/consequences to get our kids to comply is such a common knee-jerk tactic, it feels almost instinctual. Carrot? Or stick? 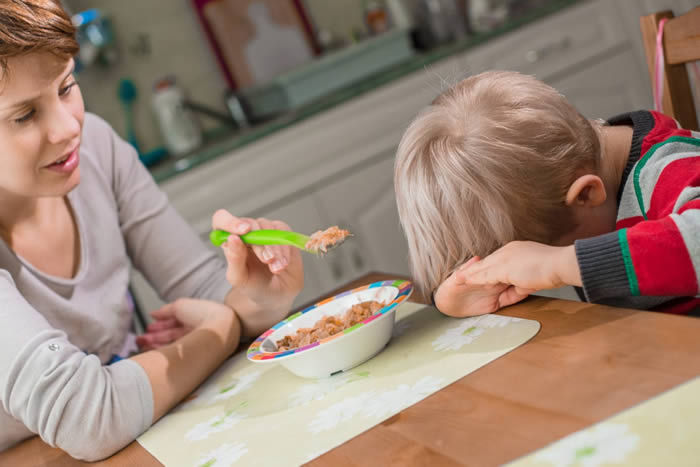 Is it really so bad if the carrot is a cookie?

It turns out, kinda, sorta, yeah—if you do it regularly. Using food to control behavior—also known as “instrumental feeding”—is confusing to kids, for one. “Children hear that they’re supposed to enjoy foods that are good for them and avoid foods with little nutritional value,” note the experts at the University of Rochester Medical Center. “Being told that they can indulge in foods that are bad for them as a reward for doing something good sends a mixed message. They may also start associating unhealthy foods with certain moods—when you feel good about yourself, for instance, it’s OK to reach for a sweet.” Kids want nothing more than parental approval, not even fudge brownies. So when we involve both their emotions and their taste buds (which naturally lean toward sweeter preferences), we make a powerful case that unhealthy foods are the most desirable.

Denying them those foods in anger sends an equally potent message: If dessert wasn’t the best, most precious and special thing, why would we bother taking it away to demonstrate our disapproval? According to family nutrition expert Maryann Jacobsen, using food to manage behavior increases the risk of emotional eating and preferences for high-fat, high-sugar foods while decreasing the ability to regulate food intake. “Repeatedly using food to reward and punish teaches kids that food is tied to emotions both good and bad…that treats are the best thing ever [and] that food helps solve problems. It teaches kids to eat when they are not hungry. This leaves them ill-prepared for the food-plenty world in which we live.” 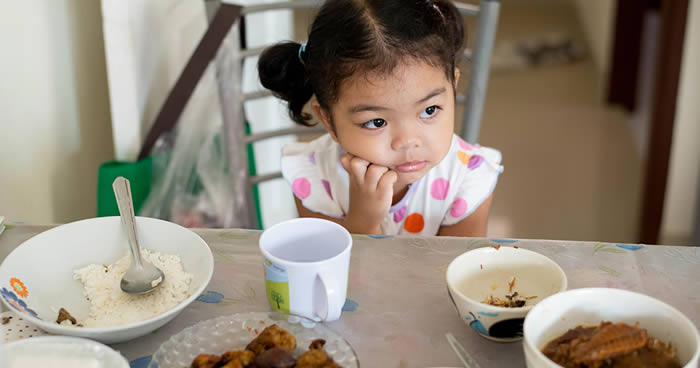 Then there’s the behavioral piece. If you desperately offer sweets in the midst of a tantrum (hi), you’re not really putting out the fire; you’re fueling it. “Don’t offer the reward in the middle of misbehavior, because that trains kids to misbehave to force you to give them a reward,” writes parenting expert Laura Markham. She is OK with offering kids rewards to reinforce good behavior, with the caveat that you set the goal and define the reward ahead of time. The key is that “these incentives are established in advance, not pulled out under duress when a child is misbehaving.” In any case, the reward shouldn’t be edible.

Instead, experts advise designating a few nights a week as “treat nights,” and on all other nights, redefining dessert as fruit, granola with honey or other healthier options. If you are serving dessert, everyone gets it, regardless of how they have behaved. And if you’re already in too deep with the food bribes, you might even consider serving dessert alongside dinner (!!!) to help take some of the excitement out of it. In an ideal world, the table would be a refuge of nurturing and calm, where families connect without screens or power struggles, carrots or sticks.

Overall, what Baldwin did during her difficult night with Rafa was a case study in parenting goals: “I spent extra time with him while he was processing and so angry. It took a really long time for him to calm down. I just kept saying I love him and I know he can do better…Talking [is] so vital to having the ability to process difficult moments in life.” The next time this happens to us, we plan to follow her example. We’ll just try to keep the melted chocolate separate from the meltdown.

Here’s What You Can Do to Protect Yourself From Coronavirus

OMG! Noor Bukhari Remarried for the 5th time with Her Ex Husband, Here's a photo