After Shah, all eyes have been on Adnan Sarwar's next project. And it looks like Sohai Ali Abro will be a part of it.

The filmmaker recently announced that his second film will be a biopic of The Motorcycle Girl, that is, 20-year-old Zenith Irfan, who is said to be the first Pakistan woman to have made a solo journey through the country's north. In the latest press release, it's been announced that Sohai Ali Abro will play Zenith's character in the film.

Sohai's announcement comes as a surprise and we wonder whether she wants to break out of the mould with a de-glammed role like Zenith's. Sohai has a sizable fan following and this will help boost the film's profile among mainstream cinema audiences. Sohai says, "It is absolute honour to play Zenith in his film. The role of this incredible, empowered female is one that I can relate to and is close to my heart. 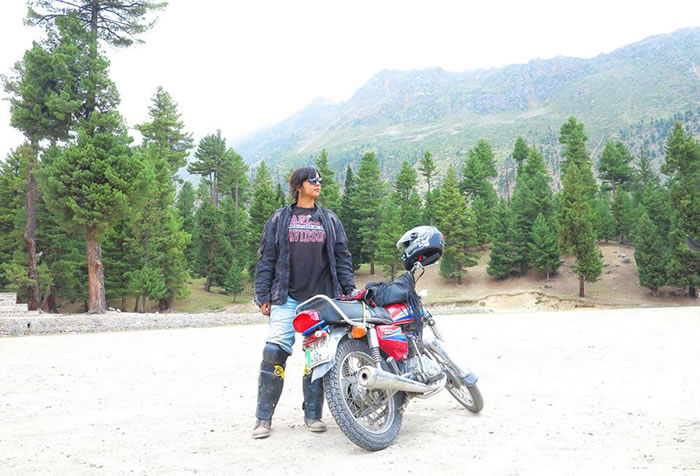 I have always believed in the liberating the power of our women, especially considering the taboos we face in our society, and I am really happy that a lot of young girls would be able to look up to me for doing something positive and inspiring." Zenith's journey has a touching backstory and we're sure it will make for a great film. The film is scheduled for a late 2017 release.

Fight Between Noor & Her Ex Husband In Function